The deep practice rules post is inspired by Danial Coyle in his famous book “talent code”. He visited every country around the world to find places he referred to as talent hotbeds. His findings were that talent isn’t born but it’s grown. Danial Coyle’s research got more popularity among the sports industry but it was intended for all high-performance industries including trading.
Before jumping to the rules I’d like to discuss some of the major key trading differences from other mainstream businesses today, the reason is that in my personal experience it was very difficult to switch from believing that “trading is easy money” to believing that trading is “smart money”:

To create structure for this type of environment new traders need to follow the following rules:
Rule One – Chuck it up
Deep practice feels like a bit like exploring a dark and unfamiliar room. You start slowly, you bump into furniture, stop, think and start again. Slowly and a little bit painfully, you explore the space over and over again, attending to errors, expanding your reach in to the room a bit further each time, building a mental map until you move through it quickly and intuitively. The instinct to slow down is universal… In the talent hotbeds I visited, the chunking takes place in three dimensions. First, the participants look at the task as a whole as one big chunk, the mega-circuit. Second, they divide it into it’s simplest possible chunks. Third, they play with the time, slowing the action down, then speeding it up to learn it’s inner architecture.(Page 79-80)
Absorb the whole thing
This means spending time staring at or listening to the desired skill-the song, the move, the swing-as a single coherent entity. People in the hotbeds stare and listen in this way quite a lot… “We’re prewired to imitate”, Anders Ericsson says ” When you put yourself in the same situation as an outstanding person and attack a task that they took on, it has a big effect on your skill.” (Page  80)
Break it into chunks
The goal is always the same: to break a skill into its component pieces (circuits), memorize those pieces individually, then link them together into progressively larger grouping (new, interconnected circuits).(Page 84)
Slow it down
Why does slowing down work so well? The myelin model offers two reasons. First, going slow allows you to attend more closely to errors, creating a higher degree of precision with each firing – and when it comes to growing myelin, precision is everything… Second, going slow helps develop something even more important: a working perception of the skills internal blueprints-the shape and rhythm of the interlocking skill circuit.(Page 85)
Rule two: Repeat it
There is biologically speaking, no substitute for attentive repetition. Nothing you can do-talking, reading, imagining-is more effective in building skill than executing the action, firing the impulse down the nerve fibre, fixing errors, honing the circuit… what’s the simplest way to diminish the skills of a super star talent (short of inflicting an injury?)… The answer: Don’t let them practice for a month … It only requires that you stop a skilled person from systematically firing his or her circuit for a mere thirty days… Myelin is living tissue. Like everything else in the body, it’s in a constant cycle of breakdown and repair.
That’s why daily practice matters, particularly as we get older…. Repetition is invaluable and irreplaceable… deep practice… spending more time is effective-but only if you’re still in the sweet spot at the edge of your capabilities, attentively building and honing circuits. There seems to be a universal limit for how much deep practice human beings can do in a day… between three and five hours of the day, no matter what skill they pursue. People at most of the hotbeds I visited practiced less than three hours a day.(Page 87-89)
Rule Three: Learn to feel it
The point is to get a balance point where you can sense the errors when they come. To avoid the mistakes, first you have to feel them immediately…(page 90) Deep practice is not simply about struggling: it’s about seeking a particular struggle, which involves a cycle of distinct actions.

This procedural mindset does in some way provide structure to effectively behave positively in an unstructured environment. For more information about the secrets of talent purchase you a copy of “talent code” on amazon or download below.
[sociallocker] Download [/sociallocker]

Our community works well with Instaforex. Are you looking for a demo or real account? We recommend Instaforex. Currently, they offer up to $1000 no deposit bonus; That’s right! You can trade real funds without depositing them, see the definition below; 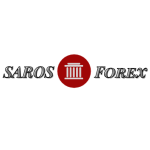 Learn The Reality Behind How Forex Strategies Work